LEARN MORE ABOUT HOW PROVIDENCE IS HANDLING COVID-19. 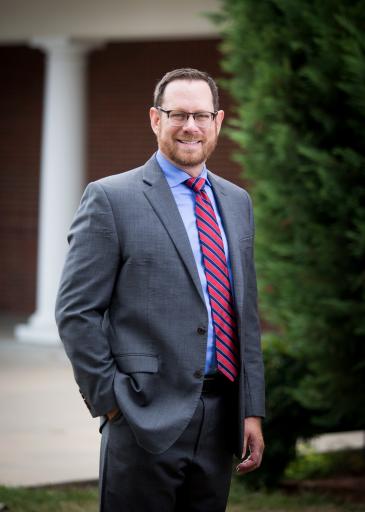 He was packing up his kids to leave the Patriot Preview session, but he had one more question. He wanted to prepare his children for the real world, he said. Wouldn’t it be better to enroll his kids in a secular school rather than hide them away at Providence?

At PCCA, are we graduating naive students, unable to adjust with the reality of the world around them? Are we raising “hothouse” tomatoes, as one person said to me a few years ago, who are too fragile to thrive outside of the protective dome?

Part of me gets it. I graduated from a public high school on the outer rim of the Chicago suburbs. I had fine training in the core subjects. I navigated through the maze of typical teenage choices, and watched my friends do the same.

Then as now, God is sovereign everywhere. He has dominion over schools that seek Him, and over schools where the leadership and teachers would not welcome Him in classrooms and where the curriculum would work against His love for us. No doubt God calls some students to be salt and light into publicly funded schools.

Here’s the thing, though. Cultural norms have changed significantly since you and I went to high school. And, yes, technology has wholly reformed how we engage culture. The same smartphone that prompted me this morning to pray for a minority group persecuted in Vietnam is also a megaphone for the secular world.

This culture has no difficulty getting its claims heard. What we should value and where we find our identity is heard loudly and clearly by our children. This messaging stands in vivid contrast to what we tell them about their worth as Image bearers. That is largely the case today regardless of the school or homeschool students attend.

I believe it is more difficult for students to launch into college on firm feet if they have not systematically been testing claims and counterclaims in their personal journey to that point.

Figures for college freshmen are not encouraging: “Campus Renewal divulged that roughly 70 percent of Christian college students going off to college end up leaving their faith during their first year on campus…..This drop-off has been credited [in part] to high school seniors leaving home for college unprepared for campus life and vulnerable to its secular influences” (onenewsnow.com, Aug. 13, 2017).

While we are not immune from the effects of sin, most parents tell me our “detachment” rates are much better than these figures suggest. PCCA exists to equip students to explore and grow in a vision of identity competing with an unbelieving world, and to be better prepared to give an account of their faith. This school was never set up as a fortress behind a moat only to insulate from a lost and militant world. This is a training ground, not a country club.

Anecdotally, our graduates repeatedly report better readiness for college. Last week, another parent told me her child felt far above the peer group in preparation for the first year of college. Part of that recipe is the academic preparation here; part of it is our college-like schedule, which helps smooth the transition. A vital element, though, is the ongoing encouragement across all grade levels here to use academic subjects to explore who God is, and therefore who I am.

I believe our students are better prepared, for instance, when they learn and apply logic skills in sixth grade, then take logic again in high school as a graduation requirement. I believe our students are better prepared when, for example, they gather into a Socratic circle to share ideas about a full-length book they have read, which I observed today in an English class.

Last year, I heard the head of a well-regarded college state that the erosion of critical thinking capacity is among the most pronounced changes he has witnessed in the past fifteen years of higher education. Sustained critical thinking is in short supply in our culture, and tools like argumentation analysis help our children learn to process ideas now and later. How else will they evaluate the claims of the world?

Hothouse tomatoes? No. Thoughtful warriors (who love their enemies) in training? Yes.

That Patriot Preview dad listened intently. "You know," he concluded, "I never thought of it that way. I think you might be right about the place of Christian education in today’s culture."